A Journalist's Approach ... by Rebecca Grace 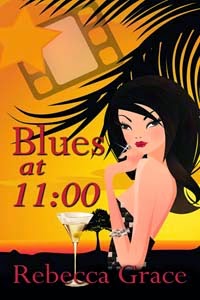 Recently I appeared as a guest on a blog and one of the questions was whether I considered writing a passion, a hobby or a job. I didn’t answer that question because I wasn’t sure what to say. But the more I thought about it, the more I realized I was stumped for just one answer. Actually I consider writing my passion because I can’t imagine not doing it. I consider it a hobby because I also do it for fun whenever I have a few spare moments and it gives me great enjoyment. But I have always considered it a job because I spent years as a journalist so writing was my daily profession.

I hadn’t thought much about how all those years working as a writer in TV newsrooms might help me as a fiction writer. Then several years ago I heard mystery author Hank Phillippi Ryan give a workshop about how her job as a TV reporter helped her. She mentioned that it made her more aware of editing, and that journalists often find it easier to work with editors. We worked with editors every day. Seldom did any of our writing get on the air without someone else reading over our work. Whether it was a managing editor who questioned facts, or the news producer who shortened or corrected badly constructed sentences, or the anchor who might fix things to his or her style, we got edited when we wrote for newscasts. When you know that perhaps millions are listening or reading your work, you want the writing to be the best it can be. Any help from an editor is welcome, and that only helps to be a better editor yourself. 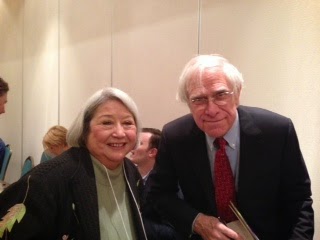 Last fall I got the chance to chat briefly with best-selling author, John Sandford. Not only is he one of my favorite mystery/thriller authors but he is also a former reporter so it was a real treat to get to chance to speak with him. The journalist in me drove me to immediately ask how his own career in journalism had helped him. He mentioned that it meant he knew had to write every day and he still looks at writing fiction that way. As a reporter he wrote stories that were at least 750 words so he focuses on writing at least that much every day. If you had to do it as a working reporter and without excuses, you can do it as a writer if you want to succeed. That made perfect sense.

Like Hank, he also mentioned that he knew he would be edited so he would take extra time to look over his work before turning it in, often reading it aloud. I realized that was a lesson I also had learned over the years. I worked in TV news so I always read my work out loud, often as I wrote it. Sandford said reading out loud can particularly help when writing dialogue because it lets you hear how your characters will sound as they speak.

But mostly it gave him the drive to keep writing. And that is why as writers I don’t think we can look at our output as just a hobby. If that’s the case, then we might as well keep it in a box somewhere. But if you want to get published, it has to become a job because you have to think of those readers, and like I did, or John Sandford and Hank Phillippi Ryan, remember you will have an audience reading your work. As a result you will want to make it as good as possible, so that means working with an editor, even if you are self publishing.

If you keep at it, you may just find that writing has become your passion too.

Rebecca will give away one copy of Blues at 11 to a U.S. or Canada resident who leaves a comment on this post by midnight (MT) Friday, February 6th. The winner's name will be posted here on Saturday the 7th.

Rebecca Grace aka Becky Martinez is a former award winning broadcast journalist who spent 30+ years working in newsrooms around the West. Eighteen of those years were spent in Los Angeles where she worked at all three major network-owned affiliates. Her latest book is Blues at 11, a humorous mystery set in Los Angeles.

You can learn more about Rebecca and her novels at her website and her blog, My Writing Corner. She can also be found on Facebook, Twitter, and Goodreads.

Blurb: No one believes TV anchorwoman Kimberly delaGarza didn’t kill her cheating ex-boyfriend. Her well known face may next be seen in a mug shot, and instead of driving home in her Mercedes to her fancy beach house, she may be riding the jail bus to the Big House. And the only man who might be able to help her is a man she once wronged.
Posted by Patricia Stoltey at 6:00 AM

I wrote a weekly newspaper column and those deadlines drove me crazy. I can't imagine what it would be like to have to produce stories every day. *brain melts*

Nice to meet you, Rebecca. I enjoyed your interview.

I stumble a bit on the "job, hobby, or passion" question myself. Best answer I can come up with is "It's what I do."

Great points! I think a combination of job, hobby & passion is best :)
And I think reading aloud is a great idea ... and strangely I'm blogging about it today :)

Allan, It could get very hectic, especially if something happened just before we went on the air. But then again, sometimes we were writing stories that were only :30 long.

Thanks, LD. You're probably right! It is just what we do and what we have to do.

That combination of job, hobby and passion serves me well. I'll check out your blog on reading aloud.

Great post, Rebecca! Ditto for me. I write for fun but not for free. My hobby is baking, but I wouldn't be as inspired if my cakes and pies were just for show.

It's a job and a business, and you have to treat it as such. You don't find time, you make time for it.

I think the happiest healthiest mix is when job, hobby, and passion are all intermingled to become life. I know my life has been best when I found the ideal balance in whatever I was doing.

Arlee Bird
A to Z Challenge Co-host
Tossing It Out