Today I'm welcoming Maryann Miller, author, journalist, editor, screenwriter and more. She recently placed in the top 15 percent of entries in the Chesterfield Screenwriting Fellowship with the adaptation of her mystery, Open Season.

Maryann lives in east Texas with her husband and an assortment of farm animals and pets (although I'm betting they all count as pets with Maryann). 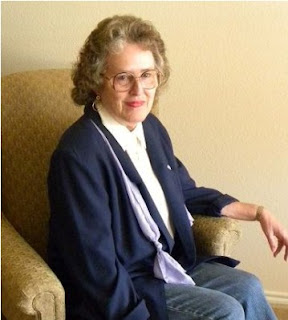 There are as many ways of approaching character development as there are writers, and I am not going to be so brazen as to say one approach is better than the other. What I will be brazen and say is the characters need to be fully developed to be engaging, and I doubt anyone will disagree with that.

Some writers spend a lot of time writing full bios of their main characters, but that approach has never worked for me. Sometimes a central character has come to me almost fully developed; sort of like meeting someone new at a social gathering and clicking immediately on some level. That is what happened with the character of Jenny in One Small Victory. When I read the news story about a woman who infiltrated a drug ring and helped bring down the main distributor in her small town, Jenny was as real to me as if she was a real person in the room with me.

For my two central characters in my latest book, Open Season, I started the development by interviewing a number of police officers to get a feel for how they work, think, and interact. A good friend, who was a retired Dallas officer, put me in contact with a number of those officers, including a young black female detective who became the model for Angel. Sarah, her counterpoint, was more of a composite of several officers I met.

Because I spent so many years as a journalist, interviewing people as part of the character development process comes naturally. During the interview, I not only get facts, but I get nuances of emotion, either through direct comments or body language. That adds another layer to a character. The reader gets to see what a character does and also gets to see how that character reacts, which is an important element of drama: action and reaction. 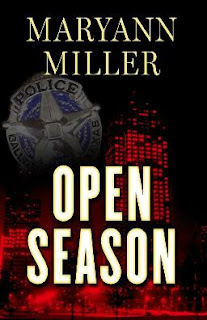 Once I have a basic idea of who my character is, I like to let her develop fully as the story progresses, and sometimes I am surprised at where she takes me. I think that element of surprise helps keep the story and the character fresh. I do jot down those surprises in a notebook so I can refer to them later if need be.

The one aspect of character development I work the hardest at is making sure the character is not a stereotype. Some time ago a writing instructor encouraged the class to look for ways to go against type or what is expected, and be careful about stereotyping characters: The black drug dealer, the Italian mobster, the Irish drunk, the lazy Hispanic.

His advice has always made me keenly aware of stereotyping, and for Open Season I purposely flip-flopped the more common development of a black woman coming from a lower-class environment and breaking out of the ghetto and a white woman coming from a middle class family. Sarah grew up desperately poor in the hills of TN and Angel grew up in a nice section of Dallas. Her father is a successful plumber and her brother is an attorney. Her only association with drugs or gangs was when she walked away from a relationship when the guy started using cocaine.

Working with Angel and Sarah has been interesting and they constantly challenge me to bring something fresh and different to the story and to their characterization. And for me, that is one of the best parts of being a writer.

Thanks so much for being my guest today, Maryann. I'm looking forward to reading Open Season (amazon.com link), which is rapidly moving to the top of my stack of TBRs from Five Star.

For more information about Maryann and her books, as well as her editing and reviewing services, please visit her website. She also blogs at It's Not All Gravy.and is an author/editor contributor to The Blood-Red Pencil blog.
Posted by Patricia Stoltey at 6:00 AM

Email ThisBlogThis!Share to TwitterShare to FacebookShare to Pinterest
Labels: Guest bloggers, It's Not All Gravy, Maryann Miller, One Small Victory, Open Season

Pat - Thanks for hosting Maryann.

Maryann - Thanks for sharing the way you developed your characters. There's no doubt about it; characters are such a central element in any story. Without strong characters, even a solid plot just falls flat on its face. Thanks for the reminder.

Characterization is so important in fiction. If the reader can't care about the main character then no matter how good the plot the writing won't work, and the reader probably won't finish the book. I find a character has to live inside my mind for a time before I can commit anything to writing.

Margot and Jacqueline, thanks for popping in to read the post and add your support to the importance of character development. My central characters do have to live in my head for a while before I start the story. What about your secondary characters? How much time do you put into their development?

Hi Maryann -- I spend quite a bit of time on secondary characters, too, especially the quirky ones. In my WIP, I'm enjoying writing the bad guys almost more than writing the good ones.

Margot and Jacqueline, thanks for coming by this morning.

Maryann, so true about avoiding stereotypes (although some can help with minor characters--gives readers a 'feel' for them without spending too much time on it--but yes, not derogatory types.

I created a 6 foot 6 cop who didn't play basketball in college, and has two cats, not big, ferocious dogs. He's also an accomplished pianist. But on the job, he's a cop all the way.

Terry, I like how you went against the expected with your character. I did a similar thing with the police chief in One Small Victory. He is a tall, thin, Hispanic who doesn't like hot peppers, is a Buddhist and works the NY Times crossword puzzle in ink. I think going against the expected makes the characters really memorable.

I enjoyed reading your comments, Maryann, about character development. Like you say, if you've created a "real" character, he/she will do surprising things.

I am now very interested in reading your new book, and also One Small Victory!

Thank you, Pat, for hosting Maryann.

Maryann, this was a very good analysis about drawing up characters. I think TV and movies have been really bad about ingraining stereotypes in our minds. Often I think we expect certain types of people to look and act in certain ways--which often in real life they do--but I like it when a character surprises me by acting in a different way. I wonder if many characters in real life look and act as they do because they are modeling themselves after the stereotypes they have seen, thus perpetuating the images.

Patricia, Thanks for hosting Maryann today with such an informative presentation.

Lee
Tossing It Out

I do like to develop my characters before I begin, but I also interviewed military pilots as well.

Thanks for your input, Ann, Arlee and Alex. Arlee, you are right about TV filling our subconscious with stereotypes.

Ann and anyone else who would like signed copies of my books e-mail me at maryann (at) maryannwrites dot com and I can send books.

Hi Pat and Maryann,
Thanks for the post. It's fun to read about how characters come to be, especially when they defy stereotypes, like the tall black man who doesn't play basketball. (Actually, that fellow is in one of my novels too.) To me, the most revealing part of character development is to make one of them uncomfortable and then see the reaction.

Bob, I like your suggestion. Action and reaction are important parts of drama. Thanks for the reminder.

I went to a Donald Maass workshop on "The Fire in Fiction" a couple of years ago. One of his suggestions is to think of something your character would never, ever do in a million years. Then make him do it. I can see lots of possibilities there.

That's a good suggestion Patricia. I attended one of his workshops many moons ago when he came to the Craft of Writing Conference in Dallas.

Thanks so much for hosting me here today. It has been fun exchanging ideas with everyone. I'm about to close up the computer for the night.

Maryann, thanks for being my guest blogger today. Creating characters is an interesting topic and you gave us some excellent insights.

Sorry to be so late getting here, but I'm glad I made the trip. Creating characters is such an author-driven process. Put ten authors in a room, and they'll tell you ten different ways to build a character.

Like Maryann, I'm a journalist and interviewing comes naturally. I consider myself a sponge and try to absorb as much about a person and their story as I can. (Another thing I do is make a note of something so outrageous that I would never think of it. You wouldn't believe the things I hear, off the record of course.)

To come to a point, and there is a point somewhere in this mess, creating character gives an author a cast member to live out the plot in a story world. Breathing life into that character is more than creation; its an art form, at least in my opinion, and that's why there's such a wide variety of answers to characterization.

Hi Maggie -- I'm glad you came by. Maryann opened up some new ideas for me, which is great because I've started a short story which I want to be very character-driven.

Maggie, I'm glad I stopped by again and saw your comment. I was intrigued when you mentioned "cast" as I have been learning more about creating characters on paper the more involved I get with acting. Even though the playwright created the character, I have to "find" that character within me to be able to bring her to life on stage. I think the two processes feed each other, and that has been fun in recent years since I got brave enough to be on stage.

Maryann, Characterization has come easily to me but I never thought consciously about reversing stereotypes--as you mentioned. Great idea!