If What You Ate Affected What You Wrote by Carolyn J. Rose, Guest Blogger

My guest today is Carolyn J. Rose, the author of 11 novels including A Place of Forgetting, a story about love, war, betrayal, and Thoreau, set in 1966. A cozy mystery, No Substitute for Murder, is due out soon.

Carolyn grew up in New York’s Catskill Mountains, graduated from the University of Arizona, logged two years in Arkansas with Volunteers in Service to America, and spent 25 years as a television news researcher, writer, producer, and assignment editor in Arkansas, New Mexico, Oregon, and Washington. Now getting her quota of stress as a substitute teacher, she lives in Vancouver, Washington, and founded the Vancouver Writers’ Mixers. Her hobbies are reading, gardening, and not cooking.

I'd like to add that Carolyn has a wonderful sense of humor, and she demonstrates it well in today's post.

If What You Ate Affected What You Wrote by Carolyn J. Rose, Guest Blogger 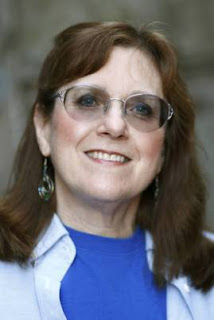 My grandmother used to tell me that. Maybe yours did, too. Or maybe you heard it in a health and nutrition class.

When I was very young, I worried that I would literally turn into my favorite foods: spaghetti, cauliflower with cheese sauce, baked potatoes loaded with sour cream, garlic bread, cashew nuts, and black olives. I feared I’d wake up some morning with spaghetti for hair, a body like a loaf of bread, a potato on my neck, cauliflower for ears, olives for eyes, and a cashew instead of a nose.

I was relieved to learn what the saying really meant, but not relieved to realize that if I couldn’t cut back on my favorite foods, I’d be pudgy for the rest of my life. (For the record, in my 30s there was a three-year window when I was, according to accepted weights and standards, Not Pudgy. The rest of my life I’ve lived a few pounds over the line into Pudgyville.)

Recently, as I sat down to a salad with just a mist of dressing and a couple of tasteless crackers, I thought about that old saying and how interesting writing would be if we could use food as more than physical fuel and emotional sustenance.

What if what we ate influenced what we wrote?

And what if we could channel and direct that influence?

Let’s say I wanted to write a tense scene filled with biting dialogue. I might heat up a bowl of super-hot chili and sprinkle on cheese to bind it. Hot and sour soup might work as well.

If a scene called for light and witty dialogue, I might dine on sparkling cider, fluffy biscuits, and whipped butter. 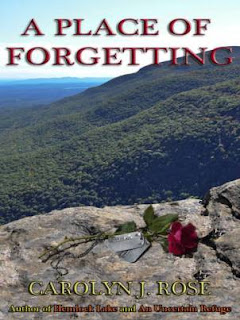 For a scene set in the dead of winter, I’d sacrifice myself to a tub of vanilla ice cream. For a midnight setting, a double chocolate cake. For noon, maybe lemon meringue pie.

For a scene dense with backstory and characterization, I’d go for something meaty, perhaps a pot roast with potatoes or a plate of turkey and stuffing, or even that bowl of oatmeal my grandmother always swore would stick to my ribs.

For fast-paced action, perhaps a bowl of prunes and bran flakes.

If the food-for-fiction theory worked for scenes, the sky would be the limit in applying it to complete works.

If I wanted to write a short story, I’d eat only drive-through-diner food. For a novel, I’d whip up a seven-course dinner.

For romance, I might dine on candy hearts, honey, and champagne.

For humor, a bowl of nuts.

For mystery, I could order off the menu at my favorite Chinese restaurant, picking numbers at random without peeking at which dishes they matched up with.

Eating those dishes without asking about the contents, however, might be too much of a challenge for this Virgo.

If this blog got you thinking about how you’d fuel your fiction, and if you’d like to get your name in the drawing for a book, stop by and leave a comment. I’ll get back to you soon. I’m working on a scene set in Hawaii and I just made myself a Lava Flow and opened a can of macadamia nuts.

Carolyn, thanks so much for being my guest today. And an extra thank you for giving away a copy of A Place of Forgetting.

Everyone, be sure to leave a comment if you want to be entered in the drawing.

To learn more about Carolyn and her books, visit her Amazon Author Page or the Deadly Duo Mysteries website.
Posted by Patricia Stoltey at 6:00 AM

Fun post, Carolyn! The weather at my house today requires a tub of vanilla ice cream, and I'm okay with that. But the sci-fi menu sounds pretty good, too.

The fast-paced action meal cracked me up :-)

Hot Tamales. I never thought of those. I can tell that I'm going to have to go shopping for fiction fuel before too long.

Good morning, everyone. We have plenty of snow here today, and my little office is really cold. When I work on my novel today, it will be right after a grilled ham and cheese sandwich...which means my character will ham it up and my dialogue will be cheesy? Oh, well, it's just a first draft.

I'm considering tackling a sequel to Moby Dick. I'll need a jar of Nate's Spiced Prawns,an order of calamari and, of course, a tot or two of rum. And then I'll chase it with a couple of limes to ward off scurvy.

Fun topic today, but don't enter me in the drawings, since I can walk down the hall and steal a copy of the book off of Carolyn's bookshelf.

What fun! How about a "raw" scene fueled by sushi and oysters? Or maybe a mystery set in a zoo with, what else, animal crackers! :) Great posting, Carolyn.

P.S. And personally, I zoomed right past "Pudgyville" on my way to "Love Handle Island" where I currently reside.

Hey, I think that could totally work!! Off to have a piece of dark chocolate cake as I return to the climactic last scenes.

Now I have a really good excuse to eat Indian food day after day--it's research for my next Anita Ray novel.

Susan - glad I could help you rationalize.

And Jenny - have a slab of cake for me.

Carolyn, thanks again for being here today. I'll check in again later this evening and tweet the post again, but now I'm heading out into the frigid and snowy evening to attend a book signing. It's so cold...

Carolyn, This was just wonderful! I love food and words (probably in that order, unfortunately), so you really hit the spot. Here in the middle of Oregon, it was 15 degrees this morning. I'm sure that was the reason I needed a chocolate eclair at lunchtime. Liz

Ooooohhh. Those are my favorites. Especially if they've been in the refrigerator.

Wow, it was even colder in Oregon than in Colorado. I'll stop complaining (right after I hate a cup of hot tea and one of those chocolate eclairs. :)

Wish I could be there - in case you had one to share.
Thanks for letting me hang out on your blog.

It was my pleasure, Carolyn. I hope you'll come back again in 2012 with more good book news.

I would love to win a copy of your book A Place Of Forgetting, Carolyn.
I say this particularly because tonight I "forgot" to eat healthy and I feel it!
This is a most timely blog post.
On a more serious note though your cover is haunting!

Janet, I know what you mean about feeling it - we've had guests for a week and I need a few days of healthy eating to get back on track.

And, my cousin did the cover. The photograph was taken on a hike in the Catskills.

A very fun concept, I wished that really worked!

What fun. You obviously put a lot of work into making all those foods connect with scenes and genres. Good job!