A to Z Challenge: H is for Hayide (and Victoria Hanley and The Heart of Darkness Club by Gary Reilly)

The eighth letter of the alphabet, and therefore the 8th posting day for the A to Z Challenge. Here we go with the letter H. 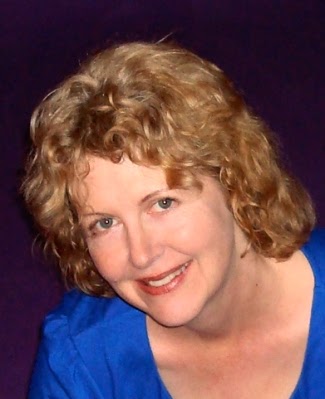 Victoria is one of our favorite writers from northern Colorado. She writes beautifully (fantasy for kids and young adults), and she shares her expertise in nonfiction books for writers and as a writing instructor.  Here's the bio from her website:

"I spent years preparing for a writing career by holding as many contrasting jobs as possible, from baking bread to teaching anatomy and hosting radio shows. I’ve lived in California, Massachusetts, Wisconsin, New Mexico, Oregon, and Colorado, and traveled throughout North America via plane, train, bus, car, and bicycle. Who knew I’d be the author of 7 books published in 12 languages!

My novels have won many honors and awards at home and abroad, and inspired two nonfiction writing books: Seize the Story: A Handbook for Teens Who Like to Write, and Wild Ink: Success Secrets to Writing and Publishing in the Young Adult Market. I teach writing at Lighthouse Writers Workshop in Denver and at Northern Colorado Writers in Fort Collins."


Featured Book:  (The) Heart of Darkness Club by Gary Reilly

I had to get one of Gary Reilly's Asphalt Warrior books into this A to Z series as early as possible because it has just been announced that one of the November releases (Doctor Lovebeads) is a finalist in the Colorado Book Awards competition.

Gary's novels are being released posthumously by his good friend (an author I mention here frequently) Mark Stevens. I'm a big fan of this series featuring a Denver taxi driver who strives to make only enough money to get by and never to meddle in his passengers' lives. The stories and the humor are so good. I wish I could have known Gary Reilly.


Word of the Day:  Hayride

When I was a kid I lived on a farm in east central Illinois. Going out to a dance meant square dancing at the American Legion Hall. And hayrides were great fun for kids of all ages. I liked them best in the fall when the air smelled like burning leaves (back when leaf burning was allowed) and apple cider, and we sat among bales of straw (which were a little softer than fresh mown hay bales) on the flat bed of a trailer pulled by a John Deere tractor.

Who besides me has gone on a hayride?
Posted by Patricia Stoltey at 6:00 AM

I have and I love them but I am sure it is not a true Hay Ride like you have been on but still fun. I also have not heard of that Author but will check her out soon.

I've gone on a hayride! It was actually a Christmas hayride. Lots of fun.

Pat - Hayrides! When my family and I lived in the Midwest for a few years, we took my daughter on a few hayrides. They were a lot of fun. An integral part of autumn.

I'm glad the books are being published - but it is pretty sad the author can't be around to see it! I'm sure he will appreciate it anyway.

Hi Glenda -- I hope your hayride was in the fall because that's when it's most fun.

Alex, was your hayride in a cold place? That would be good for cuddling up...

Margot, fall is definitely the best time. A little chill in the air, tasty goodies cooking over an open fire. I keep thinking about apple butter.

Trisha, the books are wonderful, but I do feel sad every time I think of Gary Reilly not being here to enjoy the fun...and the great reviews. I do hope he knows.

Never done a hayride, but I did get pulled in a cart by a horse to a corn maze. Close enough? :)

I have gone on hayrides in the fall. So much fun on cool nights beneath starry skies.

I've been on a few hayrides. Thinking of them makes me smile. The last one I went on was at a pumpkin patch with my grand kids. They drove us out into a big field and the kids had a lot of fun finding the perfect pumpkin to pick. Fun times and sweet memories.
By the way, we resemble each other. I'm adopted.... could you be my long lost sister???? Just kidding.

Thanks for sharing Victoria. As a writer of children's books I like to support those who are out there.

Happy A to Z
hopeful for spring

An author never dies when his or her legacy lives on. Nice to think of one's stories being read and enjoyed after one is gone.

Grammy Staffy -- as far as I know, we're blogging sisters but not blood sisters. We can pretend though. :D

Moonie, we have a bunch of authors around who write books for kids. I'll be mentioning more of them during the A to Z Challenge.

Hi Eileen. I suspect that's why a lot of writers persist in seeking publication. How can one really die when all those books are still getting checked out of the library? It's a nice thought.

I've never been on a hayride, but have always wanted to - now on the bucket list. And I want it filled with romance and fun!

Victoria is fantastic and so willing to teach and help. Her sessions at the NCW conference were great.

I, too, need to get on board with the Asphalt Warriors books. Soon, I promise, soon.

Let's see, you going for a roll in the hay....wait, sorry! I mean on a hay ride. I'm sure I've been, most likely with the girls on a pumpkin patch trip or school outing. Too many good times and happy smiles to remember them all!