Being Inspired, or, “Damned if you do…” ... by Chris Pitchford 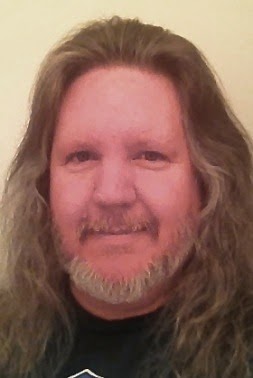 I’ll have to thank you later, Pat, for generously allowing me to guest post on your blog. Right now, I’m in way too much of a hurry. I’ve got words to write that readers (“Hello, You!”) will read...

In a flash, the inspiration hit me. I now had the answer to the question: “What the heck am I going to write about?” I sit down at my computer, dismiss with prejudice the email, websites, messages and notifications and all the other distractions, and proceed to write. It’s four in the morning and I’m about to come alive.

Hours later with my spine locked, eyes reddened, shoulders hunched and arms knotted, I look back with growing dread at what had transpired in my fugue state. Sipping a cup of coffee, the bitterness is nothing compared to the awful feeling of despair that is my sole reaction to what I wrote. Words, seeming sprawled about the page at random, spew from the computer screen in a glow of electrons that is at once accusatory and disdainful. It is not enough to say I hate everything at this moment.

I wish I could trash it all and start over. A sentiment I share concerning my entire life at present. But that’s impossible; there is way too much to do and so many deadlines looming, so no effort can go to waste. I read the first sentence I wrote. Uggh. I thought I was inspired. I thought I had a handle on what I was trying to say. 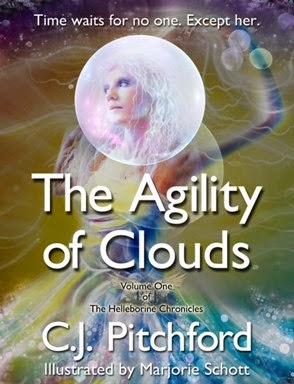 Say—I must read it out loud; that’s the trick. Right at the start, I quickly realize there’s something wrong, and I cut the first sentence in half. Okay, let’s get to the heart of what inspired me there at the beginning. Can I even tell what my original thought was? It’s in there, buried somewhere. I just need to get all the cruft out of the way.

I read aloud what I wrote all the way through, making minor changes as I go. I stand up and read the lines I had written as if delivering a soliloquy at the Globe Theater. For a moment I hope my neighbors don’t mind. But only for a moment. Surely they’re used to this by now. Or plotting my imminent demise—either way, it doesn’t matter to me.

Okay, I can just barely tolerate what I’ve written as being at least passable. I’ve removed the awkward phrases, the halting attributions and maybe—just maybe—made some improvements. However, this is damage control, not polishing. My voice is getting ragged and the sun isn’t even up yet. I pace back and forth, barely registering my bodily functions as hunger gnaws at me, my bladder protests and the dawning realization that I must have passed long ago from sanity only makes the whole enterprise reasonable.

I must be insane to do this, my damaged brain relentlessly trying to achieve something I can neither describe nor even comprehend. Or, I must be at least so driven that not doing it seems insane. But for now, I have to stop to eat and poop (I don’t dismiss the pleasures of either, as I’m lucky to be alive), and wash and make my lunch and head out to work. I’ll return to the writing later, and much later if I’m still lucky, share what I wrote with some awesome critique partners and that which survives will someday shrink under the editor’s sharp gaze.

At night, I’ll go to sleep thinking about what I’ll write tomorrow. When I will summon all my skill and answer the muse, hopefully answering the question, “What the heck am I going to write about?”

Thank you, Patricia Stoltey, for the privilege of writing for your readers (“Hey, all of you!”), and thank you for reading.

And thank you, Chris, for being here today. Your writing experience mirrors my own and probably that of many other writers who "live the dream." Except that part about writing at 4:30 a.m.--that will not happen here.

Chris Pitchford lives in a Denver neighborhood known for a cemetery and a mental institution, and he wonders where he will end up first.

Writing under the pseudonym of C.J. Pitchford, Chris has sleepily written and published his first historical fantasy, The Agility of Clouds, available in illustrated editions in paperback at Amazon and for iBooks on iTunes.

The second volume in the series described as Jane Austen meets James Bond, The Fury of Storms, will be released in March 2015. The third volume, The Baroness Le Strange, is brewing even now.
Posted by Patricia Stoltey at 6:00 AM

At four in the morning, everything I'd write would be crap. I admire you early morning writers.

I'm literally LOL'ing at the "...at 6:33am" tag on the comment above, Alex! That's pretty early—unless that's local time and you are writing from somewhere in the Alps (at an undisclosed location, no doubt)!

Pat - Thanks for hosting Chris.

Chris - That's the thing about inspiration. We need it to get started writing, but I think it's important to remember that first drafts aren't supposed to be perfect...

I'm a five am girl myself. Love this post. Totally relate!

Yup, that kind of sums it up for me, too, Chris, except, as Patricia said, writing at 4:30. That'll never happen at my house either. 3:30, maybe, but 4:30? Never. Still, if I keep writing, I've noticed something: books get written, despite my best efforts to fail. Looks like you're discovering that too. Write on!

I felt so calm and relaxed ready this, knowing others share a sentiment similar to mine (and it wasn't the eat and poop bit, though . . .)

Thanks Chris for wiping away most of a really crappy morning and making me smile this afternoon.

I am in your debt, (which means I cannot pay.)

Pat, you have the best readers! I hope you (and your readers) don't mind the scattershot, shotgun approach to answering comments in one go...

Margot: I may yet grow to that realization! Until then, I suppose I only have my unrealistic expectations to keep me going...

Cara: slow but steady wins the race, as its a marathon, right?

Dean: I see what you did there! And I'm honored and humbled to have done so (while still making comments about bodily functions—they're gold).