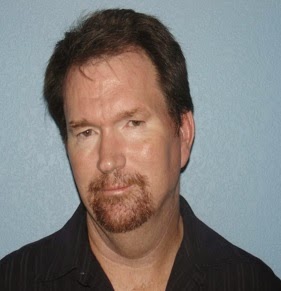 So, here’s the situation. It is March, 2014, and JournalStone will be publishing my Paranormal Suspense novel, The Amazing Mr. Howard, in less than a year. I need to find an audience for the book, but how to do it?

I hadn’t been active on social media in some time. I decided to focus my efforts on Twitter. At that time, I had 388 followers, but hadn’t tweeted anything in months. I knew if I did tweet, I would be lucky to have a couple of people retweet it. 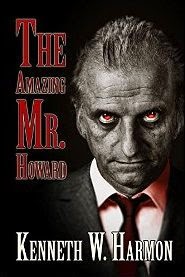 Having a large number of followers is great, but you still need them to retweet your tweets and help promote your book. How to do this?

If you want people to help get the word out, you must be willing to help others as well. I’ve always enjoyed promoting other writers, so this wasn’t a problem.

When you’re ready to start promoting your own work, you need to have content that people will be excited to retweet. This is easier said than done. 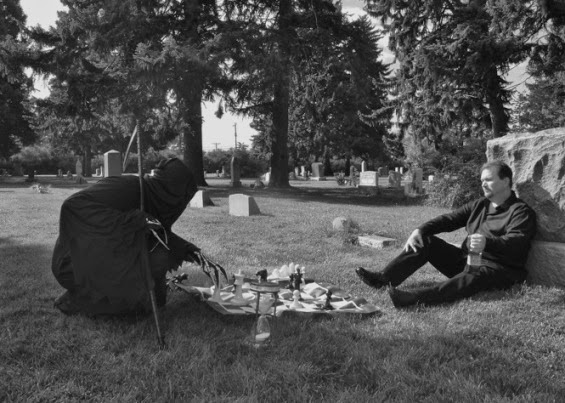 I decided to create a series of ads that featured a photograph representing a scene from the book. Because I was on a budget, I did all the photography and editing myself. I cleared out part of the basement, which I used as a makeshift studio. I also looked for interesting locations, such as The Bingham Hill Cemetery, in LaPorte, Colorado. Using the standard photo editing software that came with my computer, I adjusted the size and contrast of each picture. I then utilized Microsoft Paint to add text. I put a unique tag on each ad, followed by my name, the book title, publisher name, and date of release. 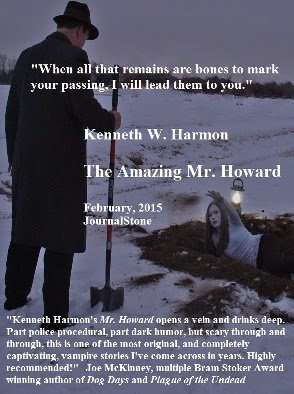 After obtaining four excellent blurbs for the novel, including three from Bram Stoker Award-winning authors, I decided to make use of them and placed a blurb at the bottom of my twitter ads.

I posted my first Twitter ad on September 6, 2014. Over the next six months, I posted eleven more ads. I only tweeted the ads one time because I didn’t want to overload Twitter with spam.

As of January 1, 2015, those eleven tweets have been retweeted over 5,500 times, with thousands of additional tweets for my book created by other users. My publisher even noticed how well my Twitter advertising campaign was doing and wrote to congratulate me.

Now if I can just figure out how to use Facebook and Google Plus.

The Amazing Mr. Howard released on Friday, February 20th, in paperback and ebook.

Kenneth W. Harmon prefers to be a man of mystery. You can't find his bio anywhere, and he didn't include one with this guest post.  The Amazing Mr. Howard would make one think the author is one scary, demented dude. However, I believe he's a very nice guy with a dark side that comes out only in his novels....at least, as far as I know. He's a member of our Raintree Writers critique group, so I've read early drafts of the Mr. Howard novel. It is not for the squeamish and faint of heart. Beware!

You can find Ken on Twitter and Facebook. And to see all of the promo flyers he created, visit him on Google+.  Here's one more of the blurbs he received to whet your appetite:

“A brilliant, supernatural debut of cunning and suspense. The Amazing Mr. Howard stays ahead of the game living up to his title, and Kenneth W. Harmon is a solid storyteller to watch out for.” - Rena Mason, Bram Stoker Award-winning author of The Evolutionist, and East End Girls.
Posted by Patricia Stoltey at 6:00 AM

I think Google+ can work in the same way.
Never thought to use images as ads. I am trying a campaign with Twitter and my Kargrandes site. When it's finished, I'll have to count the number of re-Tweets.

This is exactly the kind of post I love. It gives me ideas. Social media can be such a mystery.

That is a really clever idea.

Hi Alex & Susan & L. Diane. First, I want to thank Pat for featuring me today, and I also want to thank you for dropping in. I'm glad you enjoyed the post. You are right, Susan, using social media is a mystery. When it comes to advertising there is a lot of trial and error. One thing I don't do is spam people. I will send out a tweet and count on others to retweet it for me. So far, so good. As for Google Plus, I joined a number of groups that I thought would be interested in my book and post content there. It's also important to let people see a more personal side so I try to mix in interesting content and not just ads.

Pat, Thanks for connecting us with Ken. Ken, thanks for the helpful marketing ideas. Now to put them into practice.

Such a creative way to promote your work, Ken. Thanks for the post and I'm looking forward to reading The Amazing Mr. Howard!

Impressive work and numbers, Kenneth. I've noticed your uptick on Twitter, that's for sure. Creepiness abounds and apparently sells/supports.

Brian, John Paul, April, and Dean. Thanks everyone for your comments. I'm glad you enjoyed the post.

Thanks very much for these ideas! Nice to know that Twitter can work as a promo tool

Your welcome, Margot. I'm glad you enjoyed the post.

Thank you, Tyrean. I'm glad you enjoyed it.