Today I'm welcoming Mark W. Danielson, author of Writer's Block and other novels. According to his bio:

"Writing fiction allowed his imagination to run wild. Using real events as a base makes his writing both believable and enthralling. An actual FedEx DC-10 fire inspired Danger Within. Likewise, the suspicious crash that claimed the life of US Secretary of Commerce Ron Brown inspired The Innocent Never Knew. Both novels provide fast-moving reality-based suspense, and have received excellent reviews. His third novel, Diablo's Shadow, based on a child disappearance was released in 2008 to critical acclaim."

Mark, I'm so pleased to introduce you and your books on my blog. 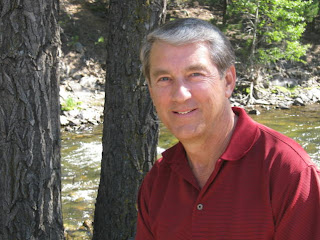 Rarely do authors become overnight successes. Even the most successful ones toiled for years, and many died before their work was recognized. My writing history dates back to 1977 when Sport Aerobatics published an article of mine. Prior to that, I dabbled with letters to editors, and never considered professional writing because it was too cumbersome. I didn’t care much for long hand, and because my typewriting skills weren’t the best, I kept running out of correction tape. (For those unfamiliar, Wikipedia “typewriter”.) Still, I persisted in crafting articles by hammering the keys on this mechanical device and throwing the lever to get to the next line.

When the word processor came along, writing became fun again because the computer could keep up with my thoughts. Since then, over one hundred of my non-non-fiction articles have been published in a variety of periodicals. I have also written seventeen novels, but of those seventeen, have chosen to seek publication on four. Writer’s Block, the most recent, will be released in November, 2011. Set in Fort Worth, it is the first in the Maxx Watts detective series. 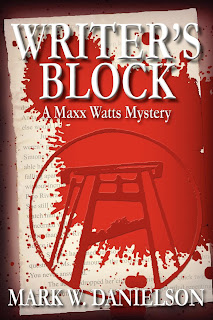 It is logical to ask, “If you’ve written seventeen novels, why publish only four?” In truth, I don’t want the others published. In one case, the story seemed too close to the movie Swordfish, even though I had written it long before John Travolta’s movie was released. I am holding onto two firefighting stories for a time when publishers will accept Mother Nature as an evil antagonist. Other stories are no longer topical, so chalk them up to experience. And because it takes such an enormous effort to get a book published, I prefer moving ahead to looking behind.

My first three published novels were written for specific reasons, but Writer’s Block was just plain fun. This who-done-it mystery offers a unique look inside the publishing world. I’m at a good place in my writing, and I expect Maxx Watts will be around a long time. We may share elements, but Maxx is hardly my alter ego. Having said that, my characters do stem from people I’ve met and experiences I’ve had over the years. Even the guy who aimed his .38 revolver at me and a grocery store teller in 1981 left his mark. Thankfully, no one got hurt, but such memories help create believable situations for my fictional characters. 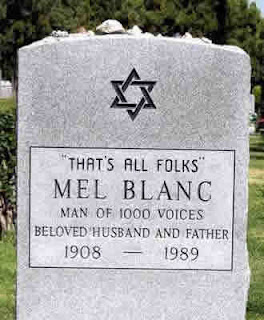 Because writing is such a solitary act, it is important to make it fun. Allowing my characters a sense of humor makes it fun for me and my readers. Taking yourself too seriously can lead to an early grave. Mel Blanc, Warner Brother’s “man of a thousand voices” cartoon actor, realized he was just another cog in the wheel of life and had the last laugh by having “That’s All Folks” inscribed on his tombstone; the same words he channeled as Porky Pig at the end of each cartoon. Three simple words said it all for Mel. Now, that’s good writing.

Thanks again, Mark. I hope you'll drop by to visit us again soon.

To read more about Mark and his books, visit his website. He is also a contributor at Murderous Musings, a blog about murder and mayhem and more.
Posted by Patricia Stoltey at 6:00 AM

Pat - Thanks for hosting Mark.

Mark - I think your last point is perhaps the most important one. Writing has to be fun. If it's not, it's hard to keep going with it. I wish you much continued success.

Great post, Mark & thank you for hosting, Patricia.
I really like your opening "rarely do writers become overnight successes" -comments like that do buoy me up!
I also admire how Mark has written novels which he is storing for future use....surely a great way to "bank" your work!
Good luck with future endeavours.

Great post and yeah totally agree you should have fun.

I needed reminding about the fun part this week. It's been frustrating.

Thanks Mark - all good! And I'm a big fan of Mel Blanc so thanks for reminding me of this. I think it is called 'correct prospective' and I think it is why the enlightened teachers I've been exposed to are laughing all the time.
Thanks Pat!

Thank you all for your comments. Yes, the fun in writing is in the writing itself, not in selling books. In this way it's somewhat like mentoring. I've spoken to a lot of kids over the years and figure if I've only reached one, it was worth it. In writing, if one person enjoys one of my stories the same way as if I was telling it over a campfire, then it's been well worth the effort.

Thanks for inviting me, Pat. Best wishes for your success, and those of your followers.

Margot and Pat -- if writing stops being fun for me, I'll quit and move on to one of my other million interests. :)

Hi Mari -- having some WIPs on the shelf that can be revisited is nice too.

Susan -- Frustrations do seem to be part of the "fun." I'm sure I'll be seeing a lot of that during my first NaNoWriMo experience.

Jan -- Laughing is medicine for the heart and the soul. We need to do that a lot.

Mark,
Thanks for reminding us about the fun in writing. I think you wrote (or rewrote) the book on extended determination. You have more than proved that writing is the life for you, and now you have a tidy stockpile upon which to draw, if and when this material becomes appropriate. I envy you. Liz

I think, by the previous comments, we all needed reminding that writing should be fun. Wonderful interview.Thank you Mark & Patricia.

very nice... gives all us scrible heads a boost to read about "perserverance"

Those many years of writing obviously add up to experience!

I agree that writing should be fun. For me, finding the time is not...
Great post! Thanks!

I'll be heading off to part two of the Jumpstart Your NaNoWriMo Workshop in a little bit, so here's one more thank you to Mark for being the guest blogger today, and many thanks to those who stopped by (and will stop by this evening). I appreciate you all so much.

I really appreciate all of your comments. There is one point I failed to make. I keep all of my rejection letters for motivation. I'm one of those people that likes to be challenged, and when told I can't do something, I look forward to proving them wrong. Having said that, when I get a rejection letter, even a form letter, I'll carefully review it to learn what they didn't like and make adjustments in my writing. Trust me, every author will receive rejection letters along the way, but if you seek the positive in them, it will make you a better writer and keep writing fun.

Pat, thanks again for inviting me.