Why Every Writer Should Take an Improv Class ... by Bryan Cohen 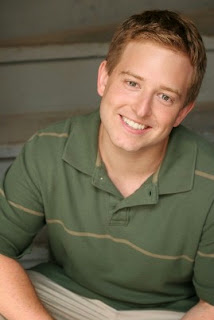 My first experience with improv comedy took place before I'd ever taken a class or played with a team. In high school, I was in a club called the Environmental Education Club, which let us skip school five times a year to be counselors for a group of 80 sixth graders during an overnight trip to a local nature park. On the evening of the trip's first day, the counselors trotted out the same tired old comedy sketches trip after trip. They were funny, but there was nothing like riffing on the old formula to create something new. I loved keeping my fellow sketch partners on their toes by contorting the lines and situations in the moment. I loved improv.

I took my first improv comedy lessons from a teacher and education professional named Ross White. When I tell people about the concept of improv classes, they often get a confused look on their face and say, "Why do you need improv classes? Aren't you just making it up as you go along?" That's what I thought going into my first lesson. I'd watched the show "Who's Line Is It Anyway?" I'd had a few sketches and shows under my belt. Didn't I know all there was to know?

I took a lot from my improv learning experiences. Here are some of the most important takeaways that helped me in my writing career.

There is nothing more terrible than an empty stage in an improv show. It demonstrates a team that's afraid to jump in there and start something. When you take improv classes, you learn to fill that empty stage quickly with the first idea that comes into your head. By building up this muscle, I've learned how to put words onto an empty page quickly and painlessly. The first idea I put down on that page may not be the best, but at least it's something.

2. A Stupid Idea Can Become Brilliant with Commitment

I love the way ideas are treated in improv. Individually, a bad idea is not handled that much differently from a good idea. I've heard an improv show described like a quilt. An idea that seems weird, when woven into the show in a sort of pattern, can become something beautiful. That idea becomes a pattern when your teammates embrace the idea as if it was something you all planned together from the beginning.

When I have an idea for a book, an article or a story, I don't always like it. But I've found that if I commit to the idea and let it flourish throughout the story or article, it often becomes its own unique creation. Commitment to the idea leads to glorious creativity.

This is a question that Ross always asked in our improv practices. It was a way to help us build the worlds we created in our scenes. If this construction worker packs fillet mignon in his lunch box, what else is true about him? Perhaps he listens to Mozart while he works and goes to opera rehearsal when his shift is over. Maybe he's also wearing a full tuxedo on the job and he has a gold-plated construction hat. One idea can lead to many if you do your best to look at all the possibilities. All you need to do is look for the obvious and not-so-obvious connections to it.

These lessons touch on just three of the many points I learned about writing from improv. You may also learn important lessons about yourself and have a great time in the process.

Improv improved my writing. A little bit of comedy may be just what you need to do the same.

In honor of his new book, Cohen is hosting the “1,000 Prompts, 1,000 Dollars Writing Contest" on his website. Click the link to find out how to enter! Click the next link to check out the rest of Cohen’s blog tour!

Bryan Cohen is an author, a creativity coach and an actor. His new book, 1,000 Creative Writing Prompts, Volume 2: More Ideas for Blogs, Scripts, Stories and More is now available on Amazon in digital and paperback format. His other books include 1,000 Creative Writing Prompts, The Post-College Guide to Happiness, and Ted Saves the World. He has published over 30 books, which have sold more than 20,000 copies in total. Connect with him on his website, Build Creative Writing Ideas, on Facebook or on Twitter.
Posted by Patricia Stoltey at 6:00 AM

Some good ideas there. Improv is a lot more like writing than I thought. I like the last one. It's like applying 'what if' to an idea or story.

Thanks, Alex! It's always a helpful question for me when I'm stuck.

Thank you so much, Pat, for having me on the blog today!

We have a Northern Colorado Writers member who teaches an improv class from time to time. Now I understand why it has relevance to writing. I may have to give it a try.

What great ideas! I'm trying to get moving on a middle grade novel, so that first suggestion is just what I needed to hear. Now I'm going back to that blank screen. Thanks, Bryan. Thanks for introducing us, Pat.

You should definitely consider a class, Pat. Improv is always worth a shot!

I've heard about how taking improv classes can help with the writing process, but I guess I've been too chicken to try it. Cohen's books sound great, too. Thanks, Bryan and Pat.

Improv class can definitely be scary at first. You can always take the first class with a friend or loved one. I've never been part of a class that didn't include very supportive classmates. You'd likely feel right at home by the next session.

Pat - Thanks for hosting Bryan.

Bryan - I'd never thought of improv as a way to boost the creative flow, but now you discuss it, it makes sense. Thank you for a new perspective.

Great ideas. I like the freedom of improv. I tend to over-think my writing sometimes and kill the creativity that comes with spontaneity. Great post.

As the NCW member Pat mentioned who teaches Improv classes, I heartily agree with everything you said on the page and in-between the sheets ... I mean lines. I have used the improvisation techniques I learned in numerous ways, including the concept of introducing the characters, relationships, objectives, and whereabouts as soon as I can in a story. This is how we draw the audience into an Improv sketch in the first 10 seconds, so there's no reason not to get right to the point in the first 10 paragraphs or so.

Not to promote any potential upcoming classes, although it's a strong possibility, but writers should take at least a few introductory workshops at some time in their life. It's amazing how much your mind and world opens up to the possibilities.

Oh, and April, I'll be knocking on your door soon for a Improv class. Be afraid, be very afraid.

@Margot - Happy to provide the perspective :).

@Julie - Thanks! With practice, I definitely believe the over-thinking problem can be weeded out.

@Richard - Good to meet a fellow improviser! Taking a class should definitely be on every writer's five things to do to before they die list :).

Interesting Ideas. Thanks for sharing and good luck with your book.

Great post Bryan. It makes complete sense that Improv can improve writing. But I have to admit, I am with April (Folsoms93) on this one and am a bit of a chicken. It seems like there would be a tremendous amount of pressure in improv to always be funny. As least with writing I have the pleasure of revising until I am happy with my words.

That being said, I might be up for taking an improv class sometime in the future. :-)